Visions of Increasing Shakings in the Nations

Visions of Increasing Shakings in the Nations

As I have been praying about the new “era” (more than a “season”) starting at Rosh Hashana 5780 (September 30th, 2019), I have been continually drawn back to a series of visions about the Temple Mount and the Nations that I received from October 4th to November 1st, 2016. I believe they are even more relevant, and will have even stronger fulfillment in this new “era”. I will summarize what I sensed the Lord was communicating, and then describe each vision by the date received.

I believe these visions describe a season in which what happens concerning the Temple Mount and the nations will affect the nations in these ways:

A Vision of Shakings Releasing Water Into the Driest Places (October 4th, 2016)

I saw over the Temple Mount in Jerusalem, the hands of the Lord extended from His Throne. He was holding a bowl of intercession that was full and at the “tipping point”. 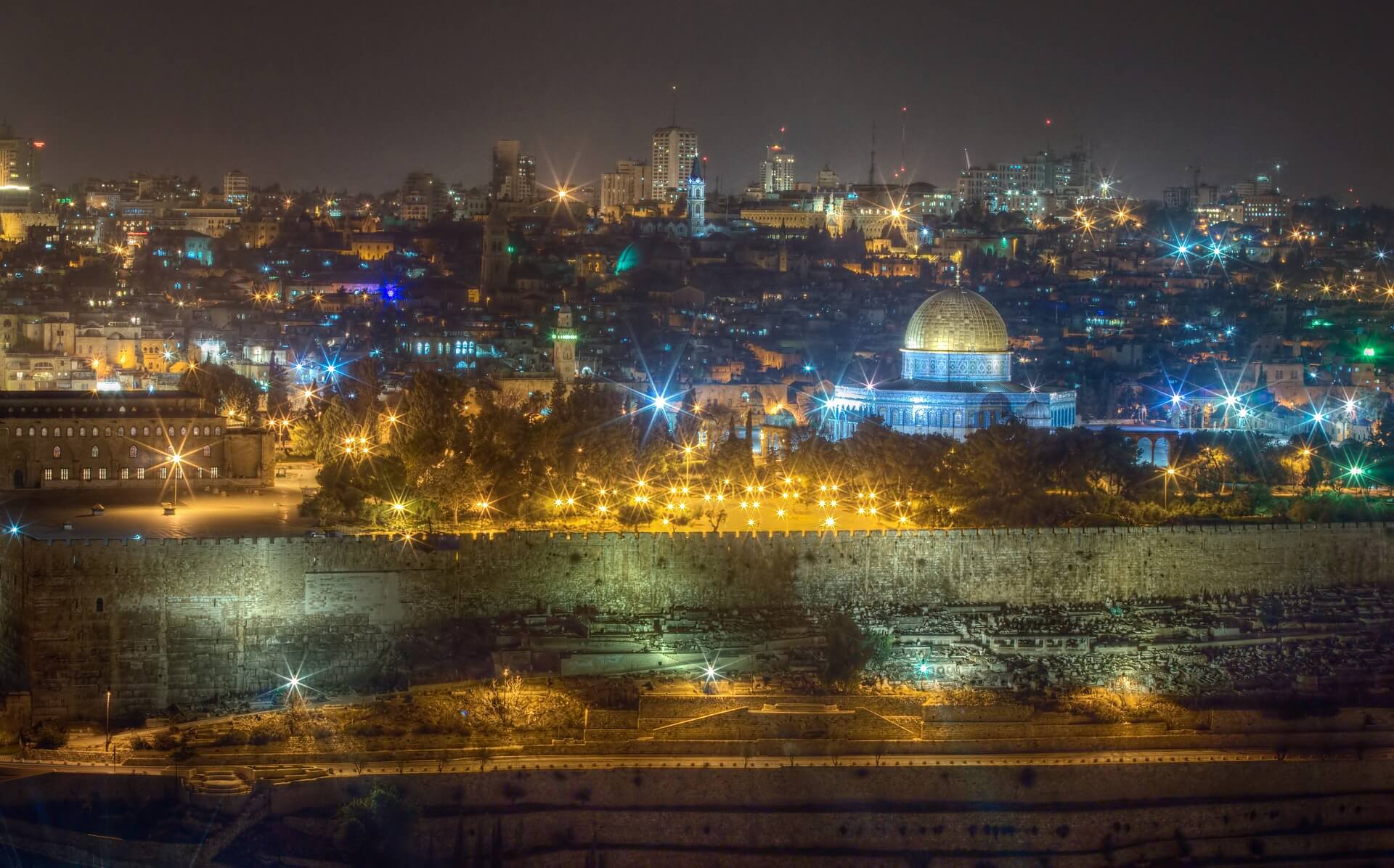 As He tipped the bowl, that which poured forth was not a stream, but rather a very large drop of clear, blue water. When the drop hit the Temple Mount, it made ripples and waves which went out to the ends of the whole earth.

Then I saw both hands of the Lord holding a wide, shallow threshing basket in which were placed the Temple Mount and the Western Wall plaza. The Lord then began shaking the basket, lifting it up in such a way that the whole Temple Mount and Western Wall plaza were thrown into the air. The shakings became more regular and stronger. I knew that these shakings would go from there and affect the whole world.

I then asked the Lord: “Why did I see a huge drop of water come from the bowl you poured out, rather than fire?”

I felt the Lord replied: “Because these shakings, and what I will do during them, will release water into the driest places spiritually.” I felt this referred especially to those nations of the Middle East and North Africa in which there are few believers.

I then felt the Lord speaking about this season of increased shakings on the Temple Mount and in the nations: “Know that I am in control of each shaking, even when you may not feel like I am. For I have said in My Word that I will shake all things which can be shaken, so that those things which cannot be shaken will remain.”

We need to keep in perspective the fact that all the chaos unleashed during shakings is in the end only temporary, but His Kingdom is eternal.

A Vision of Tumult and Confusion in the Nations and the Accelerated Polarization of Light and Darkness (October 25th, 2016)

I saw great, tumultuous waves from the nations coming up to the Temple Mount, which was then lifted higher so that the waves would not be able to inundate it. I had a sense from the Holy Spirit that the waves represented great tumult and confusion in the nations.

I knew the grey represented mixture and compromise. But the shakings were accelerating the disappearance of this “middle ground”, and the polarization of light and dark, good and evil.

As I was seeing this, the worship leader (who had no idea what I was seeing) began singing: “Release the wisdom that brings light in the darkness, and in the midst of confusion.”

Then I saw loudspeakers on the Temple Mount from which the Word of the Lord was being declared. I felt it was picturing Isaiah 2:2,3:

“In the last days the mountain of the Lord’s temple will be established as chief among the mountains; it will be raised above the hill… The Law will go out from Zion, the word of the Lord from Jerusalem.” – Isaiah 2:2a,3b [NIV]

I then saw the Lord place a crown on the light, which to me represented a greater level of His governmental authority resting upon the intercession of those who were in the light.

On October 31st and November 7th, 2016, just before the American elections, we were led in our house of prayer (which looks out directly at the Temple Mount in Jerusalem) to a prophetic act and proclamation related to this vision of the accelerated polarization of light and darkness, good and evil. We dropped a plumb line and declared Isaiah 28:15-18a:

“You boast, ‘We have entered into a covenant with death, with the grave we have made an agreement. When an overwhelming scourge sweeps by, it cannot touch us, for we have made a lie our refuge and falsehood our hiding place.’ So this is what the Sovereign Lord says: ‘See, I lay a stone in Zion, a tested stone, a precious cornerstone for a sure foundation; the one who trusts will never be dismayed. I will make justice the measuring line and righteousness the plumb line; hail will sweep away your refuge, the lie, and water will overflow your hiding place. Your covenant with death will be annulled; your agreement with the grave will not stand. When the overwhelming scourge sweeps by, you will be beaten down by it.’” – Isaiah 28:15-18a

During these visions of shakings, I was reminded that these shakings concerning the Temple Mount are being used by the Lord to “sift and expose the hearts and intentions of nations”. It is a time for them to choose whether or not to align with God’s Word concerning Israel.

A Vision of the Release of Kingdom Healing, Miracles, and Harvest (November 1st, 2016)

In this vision, I saw that each shaking of the Temple Mount was like a birth pang. During the time of rest between the shakings, believers started to bring small baskets of fish and loaves to lay at the feet of the Lord seated upon His Throne. The fish represented people they had led to the Lord, and the bread represented healing and miracles, especially in public places.

They presented these small baskets of fish and loaves before the Lord, and raised their hands as they thanked Him for what was in the basket. The basket then became a medium-sized basket that they took away.

During the next moment of quiet, they brought these large baskets, presented them to Him, and thanked Him. Then the huge baskets turned into gigantic baskets, too large for one person to carry by himself.

I felt that this attitude of humility and thanksgiving before the Lord is very key to steadily moving into the “greater works” that He has prepared for this generation.

Proclamations in the Shakings (to respond to the visions of shakings as shared in the Global Webinar on Rosh Hashanah, 5780)

We proclaim that, in the midst of the shakings, the Lord is releasing water into
the very driest places, and rivers will flow in the deserts.

We proclaim that the Sovereign Lord is in charge of the timing and duration of
the shakings. He will shake all things that can be shaken, so those things that
cannot be shaken, those things of His unshakable Kingdom, will emerge.

We proclaim that in the midst of the shakings, the Lord will come like a Flood to
expose and sweep away lies, and annul covenants with death.

We proclaim that, as we humble ourselves before Him, He is releasing a higher
level of authority and anointing on our governmental intercession, and that we
will see major changes in our nations as they shift towards becoming sheep
nations.

We proclaim that, in the midst of the shakings, many leaders of nations will look
to Christian believers for Kingdom solutions.

We proclaim that, in the midst of the shakings, as we seek the Lord of the Harvest
in unity, He will release the greatest harvest the world has ever seen.

7 thoughts on “Visions of Increasing Shakings in the Nations”