Watch the prayer update, or read the text below:

I think everyone, who prays for Israel, is quite aware that we are at a very strategic moment, where events are moving quickly in places like Syria, Lebanon, Turkey, and Iran that would affect Israel. And the Lord gave me a vision on September 9th, 2019, of the Lord hovering above the Temple Mount, and He had dark clouds around Him.

The demonic thrones started to shake. Pieces began crumbling off of them. The thrones were not completely destroyed, but they were obviously severely shaken, and set back in any kind of evil purposes that they had.

I felt that this was showing that God was going to do something that was secret and hidden, like the dark clouds around Him. The lightning represents that it would be very powerful, and it would be something fairly sudden. It would strike the demonic throne. This means that it would stop certain things that Satan was wanting to do through his influence upon earthly leaders.

The Lord confirmed this in a very amazing way. Through two things. One was that, a week later, the heads of state for Turkey, and Russia, and Iran met together in Ankara. I was not aware of that when I had the vision.

Second, at the beginning of this last Sukkot, on Monday night, we were gathered together praying and worshiping. I felt I should share this vision, and that we should proclaim that God Himself was going to send forth lightning.

Psalm 29:7 says, “The voice of the Lord strikes with flashes of lightning,” and suddenly as I began to make the proclamations, a huge thunderstorm with lightning came behind us. At the very moment that I would say a certain thing like, “Let the voice of the Lord go out toward Ankara, toward Turkey,” suddenly there was a lightning flash that you could see behind me. 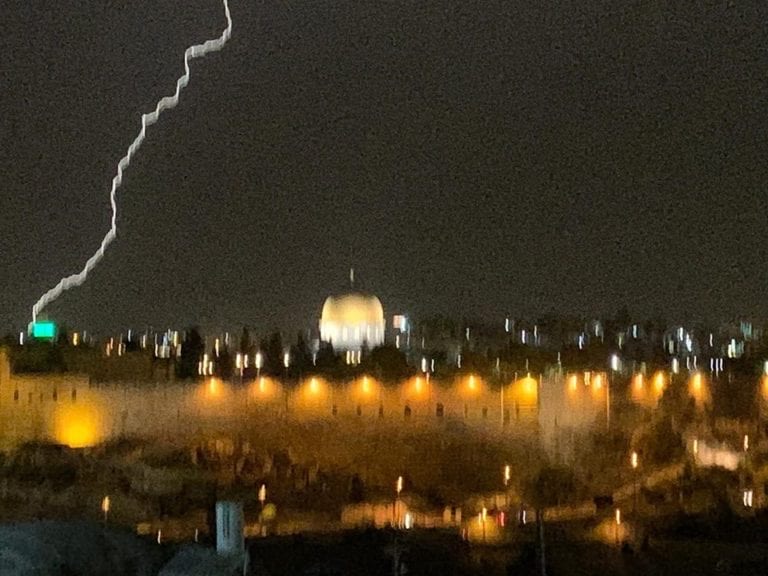 Lightning flashes over the Temple Mount. 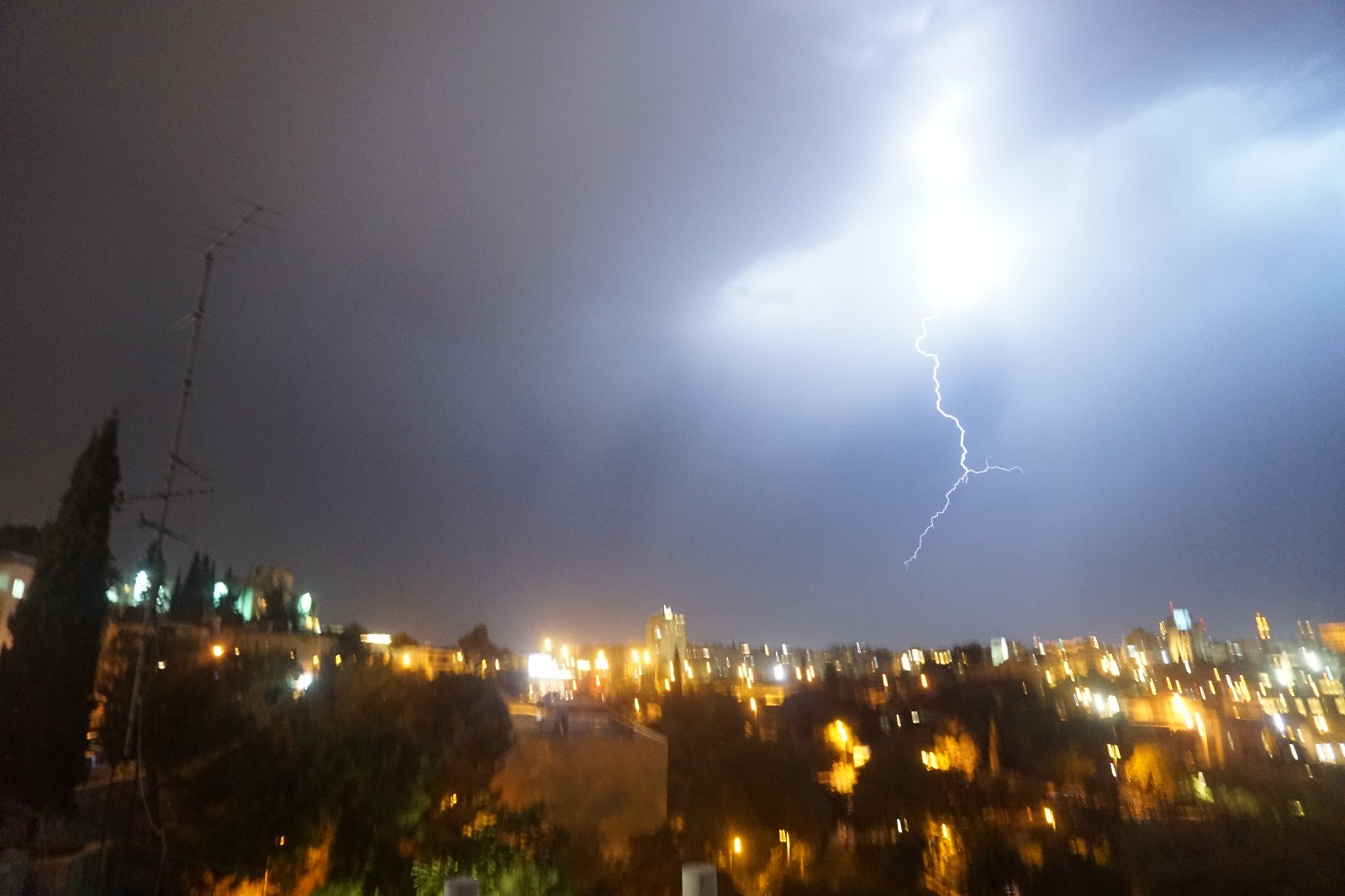 A lightning flash over the city of Jerusalem.

The lightning struck exactly with the proclamations. God was just confirming that this is something very, very important on His heart.

So we would encourage you to pray with us, and agree together with us:

One last thing tied in with that: as we prayed this, I suddenly felt we should also proclaim what is found later in Psalm 29. It talks about the voice of the Lord splintering, putting into little pieces, the giant cedars of Lebanon. These big huge trees in Lebanon that are hundreds and hundreds of years old and very strong. And it said the voice of the Lord would strike the tree.

Well, Hezbollah is basically one of the most dangerous threats to Israel at this time. They are in Lebanon, and pretty much have control of the government there. That night, as we proclaimed this, we proclaimed that the voice of the Lord would strike Hezbollah, bring splits and division, and would begin to deal with Hezbollah.

And since that moment, there are great demonstrations on the streets now in Beirut, demanding that the government no longer give in to Hezbollah. A very serious situation, both for the people of Lebanon and for the people of Israel.

Again, lightning is very sudden. So if there is any kind of a physical warfare against Israel coming from some place like Turkey, or some place like Iran, or from Hezbollah, agree together with us:

Thank you for praying with us. God bless you all.