Rick Ridings with update on the TomorrowLand prayer in Jerusalem

Rick Ridings with update on the TomorrowLand prayer in Jerusalem

We want to thank those of you who joined in with us from the nations to pray concerning the TomorrowLand occult music festival in Jerusalem.  Here is a short update:

1.     We went with a local team to worship, pray, and proclaim on-site on Friday, 22 July.  This team ended up being 12 people representing a wide range of ages and congregations, and with the blessing of two elder statesmen pastors who are considered as “gatekeepers” in Jerusalem.   A  few messianic Jewish believers made confession for the sin of the nation in opening doors to something like this through such things as the “Pride and Tolerance Parade” held in Jerusalem last Thursday; the New Age festivals in Israel promoting worship of ancient gods; and the desire to conform to the Western nations.  There were a lot of relevant Scriptures proclaimed. We walked around the Pais Arena worshipping and proclaiming Psalm 24 at all the gates.  Then another team went on-site during the event itself, Saturday evening.

2.    We were very encouraged by strong prayer also from the other houses of prayer in Jerusalem, and we heard of major mobilisation in South Africa and other African nations, India, Germany, and prayers of  agreement in Belgium and Japan (some of the countries hosting these events).

3.    We had especially prayed that in Jerusalem: There would be a small attendance…that there would be major delays and disruptions.  And that as a result no unholy alliances or covenants would be able to be established in this city or nation.

Praise the Lord, we can report that our team on-site Saturday evening, saw that:

1.  The attendance was very low.  Out of the ability of the arena here to hold 15,000, there were only 1,132 attendees in Jerusalem as compared to 9,089 in Columbia and 14,779 in Germany (where it sold out).  Here is the link: https://www.facebook.com/tomorrowland/events?ref=page_internal

We saw with our own eyes that those with guest passes (who didn’t pay) were at least 200, so that means they may have sold only about 900 tickets for an event highly publicized.  We prayed that even those who attended who were not aware of the occult nature of the event would be marked and sealed by the blood of the Lord Jesus Christ (Yeshua ha Mashiach) and the Holy Spirit.

2.   There was a very long delay, and disruptions due to technical difficulties.

We found an area overlooking their technical video linking truck and the satellite receiver.  According to an official statement from their satellite provider (http://www.ses.com/tomorrowland), the direct link from the mother festival in Belgium was to have taken place from 7-11 pm GMT, which would have been 9 PM – 1 AM here.  They opened the doors almost two hours late in Jerusalem “due to technical difficulties” and we watched many technicians running back and forth, moving the satellite dish, bringing in new cables, etc until about 10:30 PM.  You may see a short video of this “confusion, division, and disarray” on our website here:

We believe that by the time they finally made connection, the crowd here had not joined into whatever the Lord did not want them to witness and join into. Intercessors here continued to pray into this through the night.

PLEASE CONTINUE TO PRAY DURING THESE STRATEGIC NEXT THREE WEEKS (THE 17TH FO TAMMUZ TO THE 9TH OF AV):

1.    Continue to proclaim that no new doors were or will be opened to ancient gods and demonic spirits desiring covenant and worship from the youth of Israel.

2.    Pray that the youth that attended here and in the other 7 nations will be set free from unholy covenants they may have entered into unknowingly.

3.    Pray that the altars of worship to the True and Living God of Israel will multiply across this Land.  Pray that ELAV 2016, our national youth conference 25,26 August will be used of the Lord to raise up those altars of worship, and will be protected.  Pray for major financial provision yet needed for ELAV (you may give on our website).

4.    One prophetic Intercessor from Nazareth  had a vision of a another dragon spirit trying to enter into Jerusalem.  Pray there will be no “landing spot or gate” opened to any dragon spirit here in Jerusalem or Israel.  This is significant as this intercessor did not know a dragon was a new and major motif in the main TomorrowLand festival in Belgium this year, as witnessed by these new photos from the Belgian TomorrowLand Facebook site: 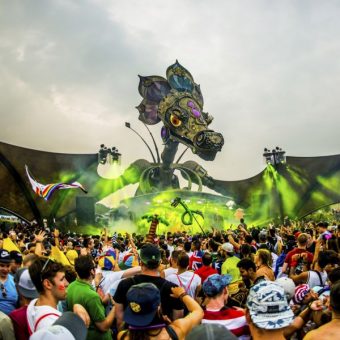 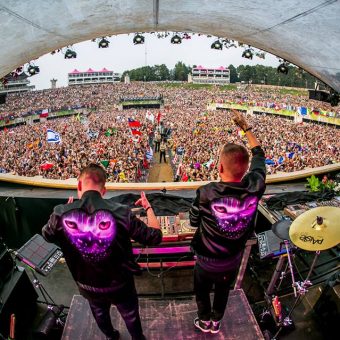 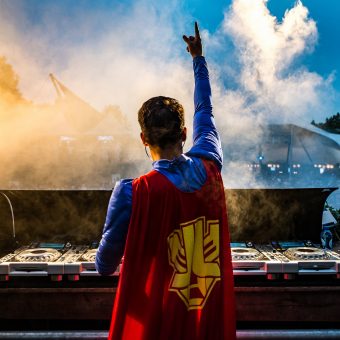 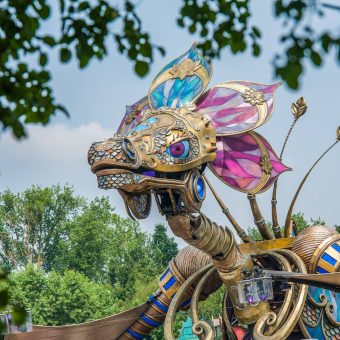 5.    Please continue to pray that all who are interceding about all of this will continue to experience the protection of the blood of the Lord Jesus Christ (Yeshua ha Mashiach) over themselves, their families, and their ministries.

With thankfulness for your prayers,