I had a spiritual vision of the Lord with a rod in His hand. He was standing over the International Date Line, near the Solomon Islands in the Pacific Ocean, which would indicate a change of “times and seasons”.

He took the staff and struck it forcefully against the ocean floor. This produced a spiritual tsunami of a huge wave of light that was headed towards Jerusalem and the Middle East.

I saw many intercessors and harvesters who began to ride the tsunami wave. They were from the Pacific, especially from New Zealand, Australia, the Philippines, and Japan. 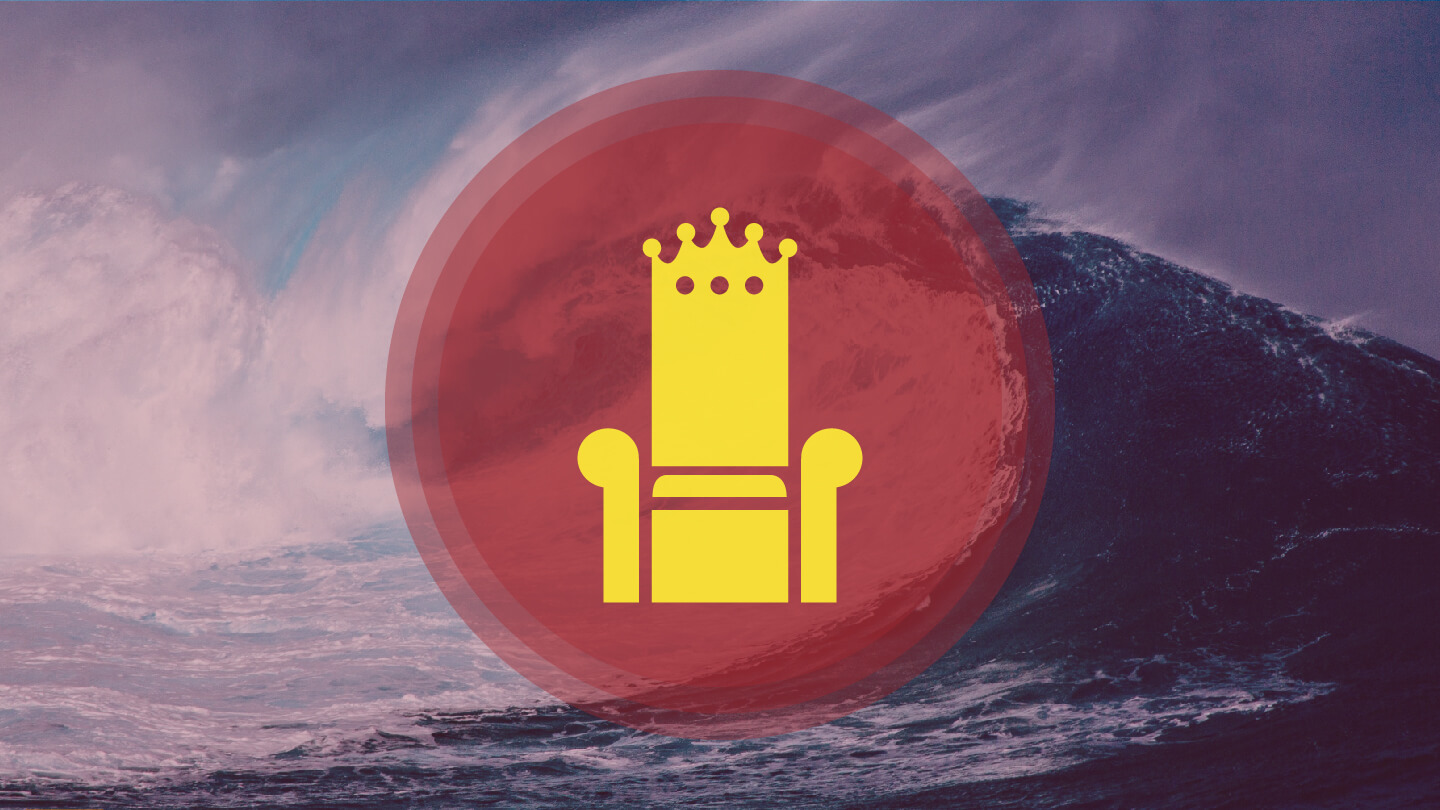 Moving Intercessors as Through a Tsunami

The wave then began to carry intercessors and harvesters from Korea, China, and Indonesia, who looked like horses (Koreans), camels (Chinese), and elephants (Indonesians), as I had first seen in a vision in February 2012.

The elephants were bringing along other elephants (intercessors and harvesters) from places like Singapore, Malaysia, and India.

The Spiritual Vision of Seawalls

I saw that Satan had long feared this wave would come and that he had spent centuries building one sea wall after another as barriers to try to stop it.

Each seawall was a spiritual stronghold, with a demonic principality sitting on a throne on top of that seawall. The principality on each throne had its arms crossed as if to show “You will never get past me”.

But the tsunami wave (and earthquakes) broke down wall after wall and throne after throne!

Each of these crumbled and fell before the wave, and a great harvest of people were brought into the Kingdom of God.

The fourth and final wall was that of Islam. This wall had a huge principality on its throne that looked very intimidating. But even that wall fell before this wave.

There was a great “breaking up of the fountains of the deep” that released even more water into this desert region, and the water levels rose quickly. This led to the gathering of a great harvest.

I heard the voice of the Lord proclaiming loudly: “I am breaking up the fountains of the deep so that the earth may be covered with the glory of the Lord”.

The first part of this vision came on Passover 2014, in a watch in Succat Hallel. Interestingly enough, there were some Chinese in the room who asked to share after I had spoken out the vision.

They explained that they were 22 intercessors from Xian, China, the city at the beginning of the Silk Road from China into the Middle East that was greatly travelled in ancient times.

They felt the fact they were 22 Chinese intercessors who were hoping to catch this wave, as seen in this spiritual vision, was indicative of Isaiah 22:22:

“I will place on his shoulder the key to the house of David; what he opens no one can shut, and what he shuts no one can open.” – Isaiah 12:22