Perspective on the Nations, the Bible, and 30 Days to Hammer

Perspective on the Nations, the Bible, and 30 Days to Hammer

The Nations, the Bible, and a Sledgehammer

The nations must fall in-line with the Bible. As a young prayer leader living in Brussels in 1989, I had the privilege of proclaiming with older prayer leaders that the Lord would soon bring down the Berlin Wall and the Iron Curtain of Soviet communism.

We remember watching on television on November 9th, 1989 as they began to tear down the wall. We remember the image of a strong man with a sledgehammer striking the wall many times before a portion of it finally collapsed. Each blow of his hammer had weakened the wall from the inside. 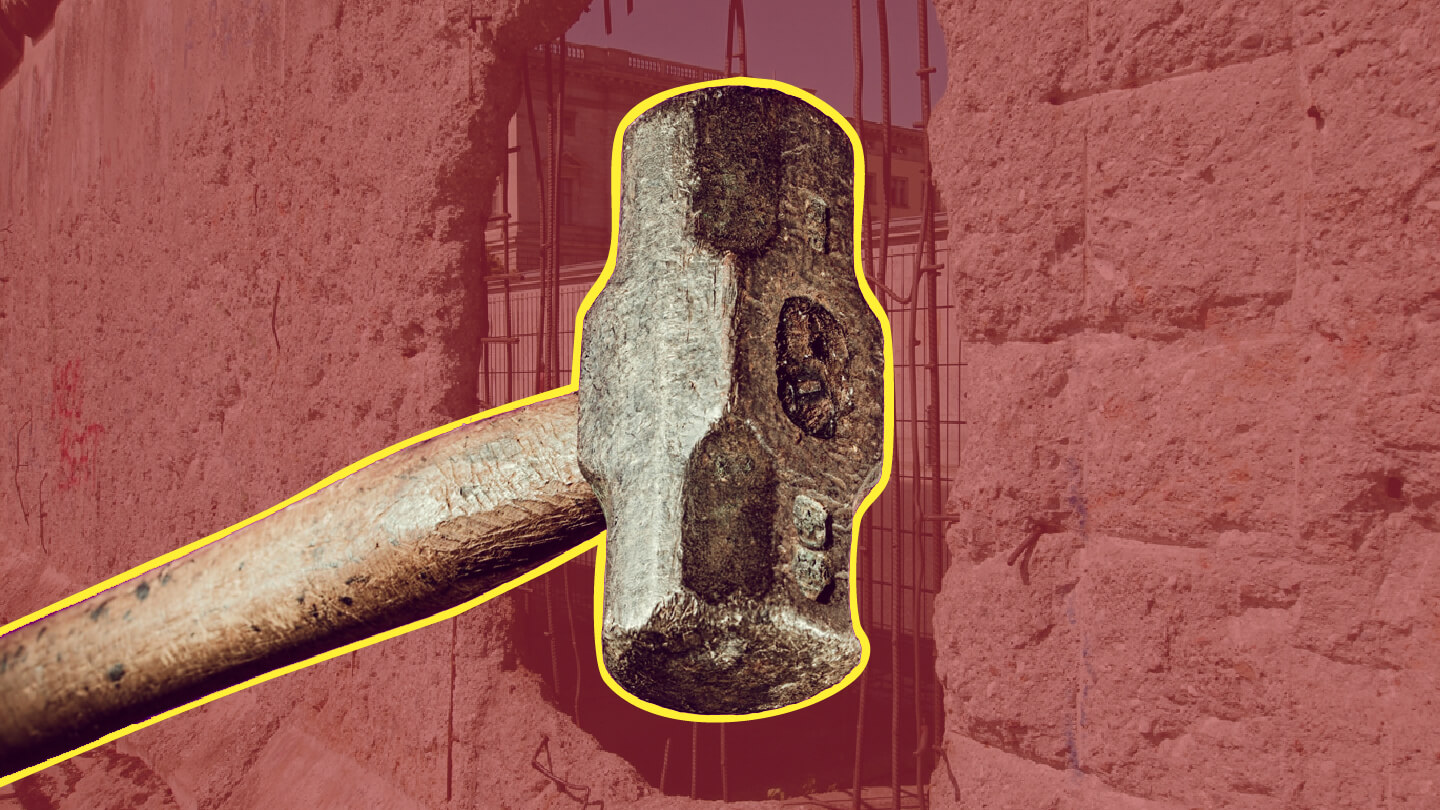 You could only see very small cracks on the outside for several of those hammer blows. But one last strong hammer blow, and the wall collapsed, signaling the start of a new era!

About a month ago, my wife Patricia was praying with some intercessors about the problems Israel was having in the formation of a new government. While the Israeli intercessors were praying deep, heartfelt prayers for Israel, she remembered this scripture, and had a vision of a high wall cracked and bulging which collapsed suddenly, in an instant.

A few days later there was a headline from a major news source saying: “…Blue and White collapses…” Certain elements that seemed to be operating in deception pulled out of that party. Praise the Lord for answered prayer!

She felt, although that particular wall of deceit crumbled and fell, there may be more spiritual walls of oppression and deceit that need to come down. Again, we need to keep on hammering with key scriptures.

What the Bible Says to the Nations

We have felt that nations are in a very particular “Valley of Decision” over these next thirty days until Shavuot (Pentecost on the biblical, Hebrew calendar). That day is May 29th, on the modern Gregorian calendar.

Even if you read this later than April 30th, 2020, we encourage you to daily proclaim the blood of Yeshua over you and your family, and then, like a hammer, to proclaim these Scriptures over systems of evil in the nations through May 29th:

“Therefore this is what the Holy One of Israel says: ‘Because you have rejected this message, relied on oppression and depended on deceit, this sin will become for you like a high wall, cracked and bulging, that collapses suddenly, in an instant. It will break in pieces like pottery, shattered so mercilessly that among its pieces not a fragment will be found for taking coals from a hearth or scooping water out of a cistern.’” – Isaiah 30:12,13

“Ask me, and I will make the nations your inheritance, the ends of the earth your possession. You will break them with a rod of iron; you will dash them to pieces like pottery.” – Psalms 2:8-9

We believe pottery here is a picture of systems of evil in nations.

“To the one who is victorious and does my will to the end, I will give authority over the nations — that one ‘will rule them with an iron scepter and will dash them to pieces like pottery’ —just as I have received authority from my Father…” – Revelation 2:26,27

“Therefore hear the word of the Lord, you scoffers who rule this people in Jerusalem. You boast, ‘We have entered into a covenant with death,with the realm of the dead we have made an agreement. When an overwhelming scourge [may be translated as flood, punishment, or plague] sweeps by, it cannot touch us, for we have made a lie our refuge and falsehood our hiding place.’ So this is what the Sovereign Lord says: ‘See, I lay a stone in Zion, a tested stone, a precious cornerstone for a sure foundation; the one who relies on it will never be stricken with panic. I will make justice the measuring line and righteousness the plumb line; hail will sweep away your refuge, the lie, and water will overflow your hiding place. Your covenant with death will be annulled; your agreement with the realm of the dead will not stand. When the overwhelming scourge sweeps by, you will be beaten down by it. As often as it comes it will carry you away; morning after morning, by day and by night, it will sweep through.’ The understanding of this message will bring sheer terror.” – Isaiah 28:14-19

For more background on this strategic season for nations and what the Bible says concerning nations, read here.

10 thoughts on “Perspective on the Nations, the Bible, and 30 Days to Hammer”