Skip to content
It is important that we obey those in authority over us and pray for them to operate in wisdom. In compliance with the latest instructions from the Ministry of Health, please note: NO MORE PUBLIC WATCHES WILL BE HELD IN SUCCAT HALLEL FROM THURSDAY, MARCH 19TH UNTIL FURTHER NOTICE. THANK YOU FOR YOUR KIND UNDERSTANDING. We will keep up the 24/7, but with private watches, led by those on the website schedule. We pray blessings, and the protection of the blood of Yeshua over you and your loved ones.

How to Pray After the Soleimani Assassination

How to Pray After the Soleimani Assassination

Pray for continued lightning strikes by the voice of the Lord.

Iranian General Soleimani, who was killed by a drone on January 3rd, 2020, was arguably the most dangerous terrorist in the world. I believe this was very related to the vision shown me on September 9th, 2019 of the voice of the Lord going out as lightning to strike demonic thrones over Iran, Russia, and Turkey. This vision was accompanied by literal (and rare) flashes of lightning as we proclaimed it on October 14th, 2019.

“I felt that this was showing that God was going to do something that was secret and hidden, like the dark clouds around Him. The lightning represents that it would be very powerful, and it would be something fairly sudden. It would strike the demonic throne. This means that it would stop certain things that Satan wanted to do through his influence upon earthly leaders.”

These words aptly describe the drone strike on General Soleimani.

So I would encourage us to keep proclaiming Psalm 29, especially verse 7: “The voice of the Lord strikes like lightning” over demonic thrones in Iran, Russia, and Turkey at this time.

Pray for the breaking of unholy alliances.

The vision mentioned above was particularly highlighting demonic thrones above the capitals of Iran, Russia, and Turkey. It was further confirmed when the leaders of Iran, Russia, and Turkey met in the capital of Turkey one week later, on September 16th, 2019. When we proclaimed it on October 14th, 2019, we felt the Lord led us to also pray it over Hezbollah and Lebanon. 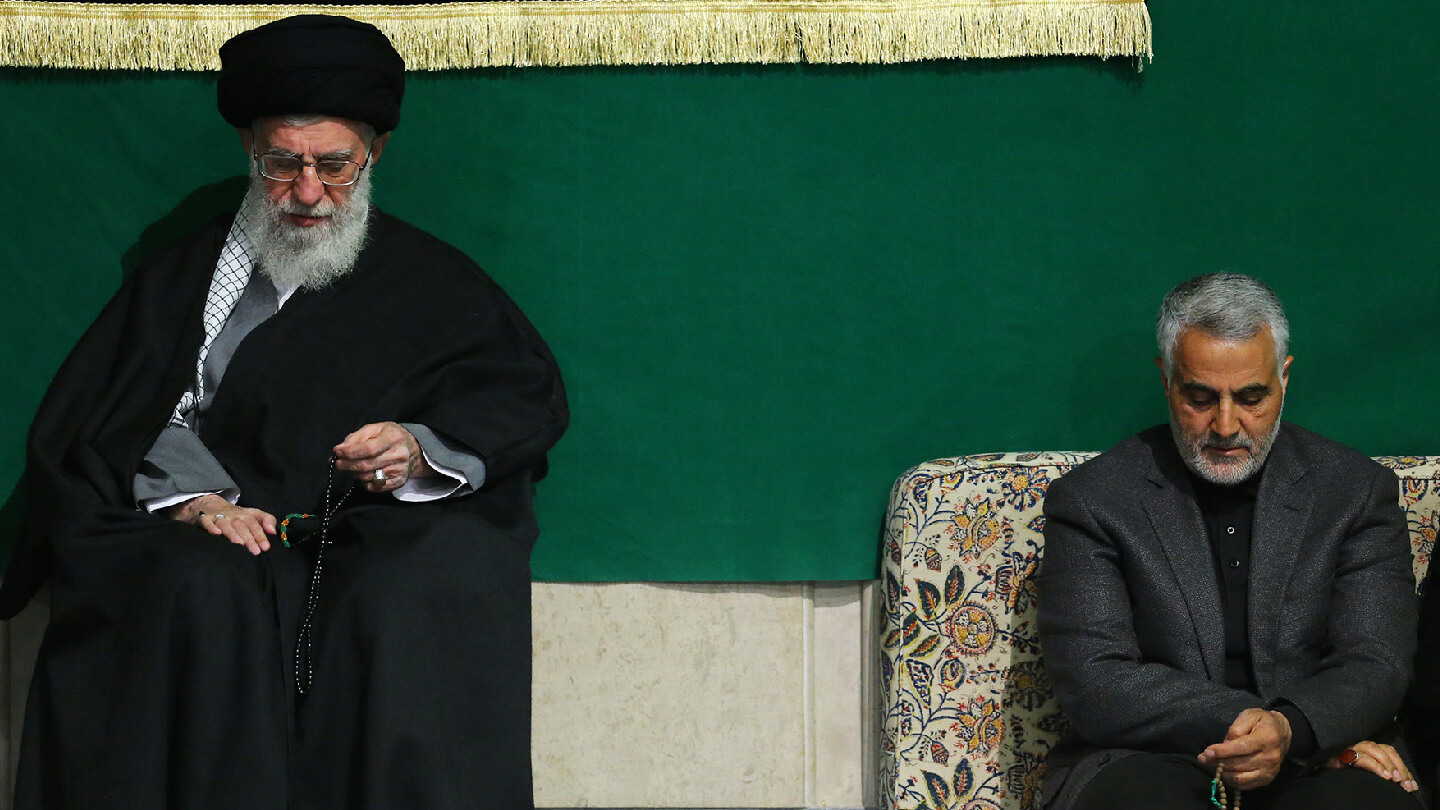 I would now encourage us to pray for the breaking and splintering of any unholy alliances between Iran, Russia, Turkey, Lebanon, and Iraq. Iran cannot take any truly significant revenge for the Soleimani killing without the help of the nations mentioned. And it cannot start a major Middle Eastern war without those unholy alliances.

Pray that fear, confusion, and division will come upon the demonic powers over those nations that would seek to start a major Middle Eastern war outside of the Lord’s timing.

Pray Psalm 91 over those who could be the target of revenge attacks by Iran and its proxies.

Pray this especially over Israeli and American targets for revenge attacks by Iran, and over Christian believers in Iran, Iraq, Syria, and Lebanon.

Declare the throne of the Lord Almighty over the Middle East, and especially over Iran, the nation with the fastest evangelical Christian growth in the world.

This is a moment to proclaim the unshakeable Throne of the Unshakeable King Jesus (Yeshua) over the nations of Iran, Iraq, Lebanon, and Syria as they are all being severely shaken.

Iran is ancient Persia. The key governmental center for the Persian Empire was within the province of Elam. Its capital city of Susa was the location of the palace into which they brought Queen Esther during this Hebrew month of Tevet.

I believe this is a good moment to proclaim these prophetic words over Elam and over all of Iran:

“This is the word of the Lord that came to Jeremiah the prophet concerning Elam, early in the reign of Zedekiah king of Judah: This is what the Lord Almighty says: ‘See, I will break the bow of Elam, the mainstay of their might. I will bring against Elam the four winds from the four quarters of heaven; I will scatter them to the four winds, and there will not be a nation where Elam’s exiles do not go. I will shatter Elam before their foes, before those who want to kill them; I will bring disaster on them, even my fierce anger,’ declares the Lord. ‘I will pursue them with the sword until I have made an end of them. I will set my throne in Elam and destroy her king and officials,’ declares the Lord. ‘Yet I will restore the fortunes of Elam in days to come,’ declares the Lord.” – Jeremiah 49:34-39 [NIV]

May the Lord continue to reveal by His Holy Spirit how we are to pray in this very strategic season.