This Is the Time When Evil Systems Collapse

This Is the Time When Evil Systems Collapse

The Threshing of the Nations From Passover to Pentecost

As intercessors, we are called like the sons of Issachar to discern the times and seasons.

We believe the time leading up to Passover (April 9, 2020) was a season where we were called to go into our homes covered by the blood of the Lamb. It was a time of “sheltering in place” to re-center our lives and families upon the Lamb.

But the time after Passover for Hebrews was a time to march out in authority as Pharaoh’s evil systems collapsed and crumbled. 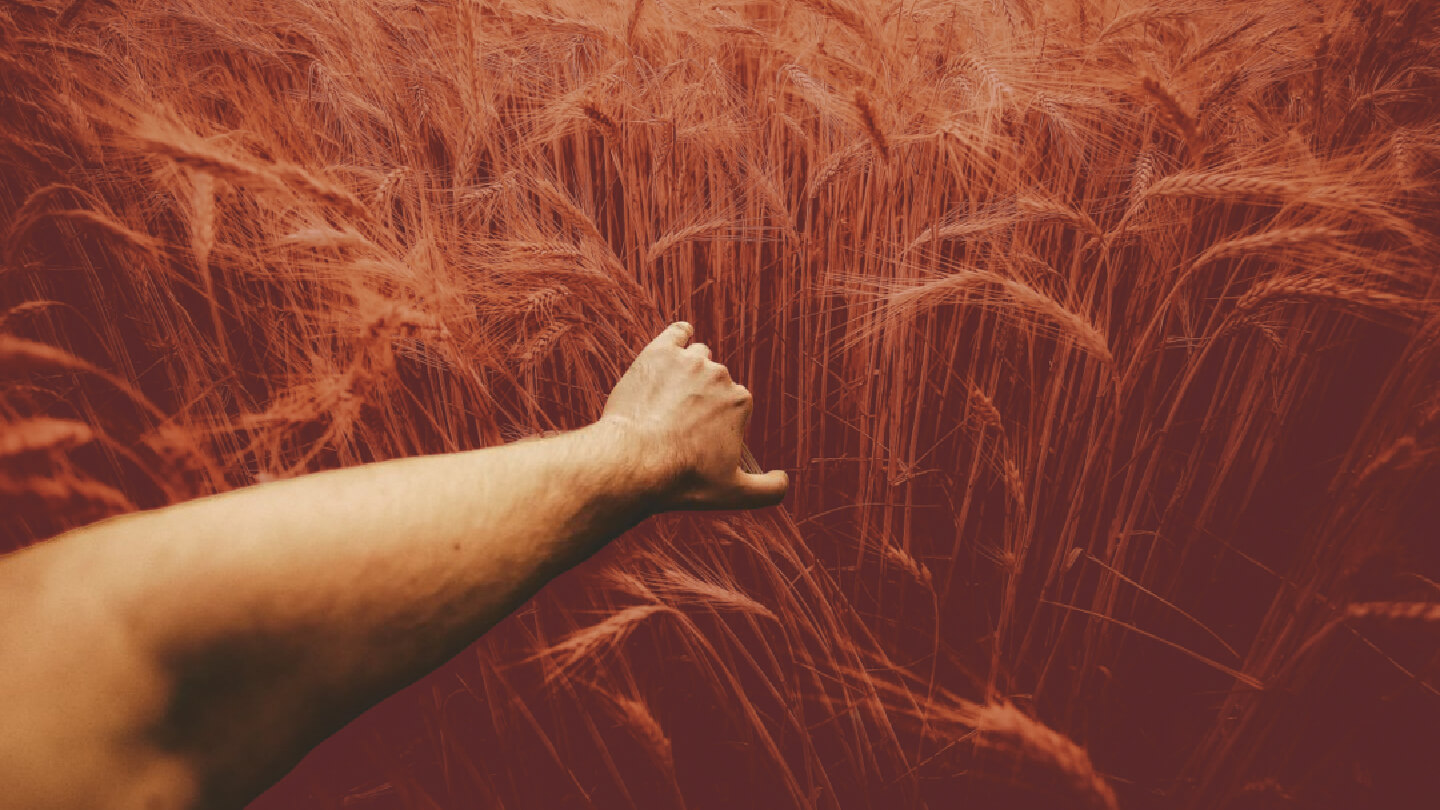 A picture of a man bending wheat, signifying God causing evil systems to collapse in preparation of a great Harvest.

“Second heaven prayers” will be filled with fear, because their focus is on what the demonic realm is doing, rather than what the Lord Almighty is doing.

What is the Lord Almighty to do through us in this season? What “time” is this?

Below, we share some Scriptures we have been proclaiming here in Jerusalem.

1. This Is a Time to Take Up the Sceptre of Iron Against the Fragile Pottery of Systems of Evil.

“Ask me, and I will make the nations your inheritance, the ends of the earth your possession. You will break them with a rod of iron; you will dash them to pieces like pottery.” – Psalms 2:8,9

When these systems collapse, there will be a great Harvest. The Harvest He desires to pour out starting at Shavuot/Pentecost is not only a “harvest of souls”, but also a harvest of nations. He wants to bring down Pharaohs so that nations will become His inheritance. In this season, He wants to bring about more of His unshakeable Kingdom.

This is a season for the realignment of nations and economies.

“To the one who is victorious and does my will to the end, I will give authority over the nations — that one ‘will rule them with an iron scepter and will dash them to pieces like pottery’ —just as I have received authority from my Father.” – Revelation 2:26,27

Even as Yeshua was given a scepter of iron, we as His overcoming ones are being trained to wield a rod of iron that will dash to pieces the clay pots of systems of evil.

2. This Is a Time for the Sudden Collapse of Systems Built on Oppression and Deceit.

On March 23, my wife, Patricia was leading worship for our Monday morning government watch.

“Therefore this is what the Holy One of Israel says: ‘Because you have rejected this message, relied on oppression and depended on deceit, this sin will become for you like a high wall, cracked and bulging, that collapses suddenly, in an instant. It will break in pieces like pottery, shattered so mercilessly that among its pieces not a fragment will be found for taking coals from a hearth or scooping water out of a cistern.’” – Isaiah 30:12,13

Three days later, on the first day of the Hebrew month of Nissan, Thursday, March 26, I was amazed to see this headline: Netanyahu and Gantz said forming unity government – Blue and White collapses

Since then I have felt led to pray that walls of oppression and deceit would collapse in China, and as we cry out for mercy for the Chinese people, we are also watching for the Lord to deliver them, and even make China a sheep nation.

These systems collapse because they are temporary compared to the Lord’s unshaken kingdom.

A few years ago, the headlines were suddenly filled with stories about ISIS. One of the young leaders in Succat Hallel prayed: “Lord, help us to remember that ISIS is temporary, but Your Kingdom is eternal.”

The newspapers are no longer filled with reports about ISIS, but the unshakeable Kingdom of God is growing in the Middle East. In the same way, the headlines today are filled with news about COVID-19, but it is not eternal.

His Kingdom is eternal!

3. This Is a Time for the Threshing of the Nations – Separating the Chaff From the Grain.

Threshing is a key part of Harvest – when the unusable chaff is blown away and the valuable wheat remains in the threshing basket.

In October 2016, in a vision, I saw the Lord holding a huge round threshing basket. The Temple Mount and the Western Wall were in this basket.

He said, “It will start here, but it will go to the ends of the Earth.”

And He said, “I will shake everything that can be shaken, so that what cannot be shaken will remain.”

I noticed that He was the one who was absolutely in control of the shaking. He took the basket, and He threw the Temple Mount in the air, and then it came back down again.

There was a pause, and during this pause, we would bring to His feet our little basket with fish and loaves of bread. The fish represented people that had come to the Lord. The bread represented signs and wonders and miracles.

He would give us back an even larger basket. We would say, “Thank You, Lord, for this harvest. Thank You for the miracles.”

And then it would become an even bigger basket. Finally, in the end, the baskets were so big that we could not carry them by ourselves. We had to ask others to help us to bring in the great harvest.

Each time He would do this, the shakings would go out to the ends of the Earth. He said, “In the times of these shakings, you may think I am not in control, but know that I am in control.”

The Lord spoke to me, “Do not be afraid of the chaos in the times of the shakings. But know that through these shakings, I will bring forth My kingdom which cannot be shaken.”

I speak more about those visions here.

I believe the Lord is saying that the time leading up to, and including, the Passover we just experienced was primarily a season of threshing in our individual lives, our families, churches, and ministries.

And I believe this season between Passover and Pentecost is a season marked especially by the threshing of the nations.

May the Lord guide us how to pray for nations in this season of the realignment and shifting of nations and economies. The nations are in a valley of decision.

“But now many nations are gathered against you. They say, ‘Let her be defiled, let our eyes gloat over Zion!’ [a major part of this sifting will be dealing with the attitudes of nations toward the Jew and Israel]. But they do not know the thoughts of the Lord; they do not understand his plan, that he has gathered them like sheaves to the threshing floor. ‘Rise and thresh, Daughter Zion, for I will give you horns of iron; I will give you hooves of bronze, and you will break to pieces many nations.’ You will devote their ill-gotten gains to the Lord, their wealth to the Lord of all the earth. [This threshing will realign economies]” – Micah 4:11-13

4. This Is a Time for Cleaning Out Spider Webs and Spiders of Evil in the Nations

Here in Israel, Passover season is time of “Spring Cleaning”, and getting rid of any spider webs.

I felt the LORD reminded me of a vision He gave me in May 2018 where the Lion of Judah took His paw and began to destroy spider webs, representing “systems of evil” in nations.

Then the blood of the Lamb caused many evil dictators and leaders, who looked like spiders, to either repent, or they were removed. Read that vision here.

When we declared and proclaimed that vision over nations at Carmel Assembly (Carmel is the mountain where Elijah called down fire) on April 11, 2019, there were Sudanese refugees present.

Later that very day, the headline in the New York Times proclaimed: The Fall of Omar Hassan al-Bashir, the ‘Spider’ at the Heart of Sudan’s Web

This is a time for Pharaohs to see the power of God that will force them to say, “Let My people go”. It is a time for evil spiders over systems of evil in China, North Korea, Iran, etc. to repent, or the Lord will deal severely with them.

5. This Is a Time to “Kiss the Son With Trembling” Rather Than “Kissing the Dragon”

We were strongly impressed with a word sent by our African friend, Segun Olanipekun. He said that we in the nations were suffering from Coronavirus because it is like the “venom of a dragon spewed out on the nations”.

Segun spoke of the greed that caused the nations to not stand against persecution and human rights abuses by the Chinese communist government, and explained that we had “kissed the Dragon, rather than Kissing the Son”.

I believe we will not see economic recovery in nations just by proclaiming recovery.

To see true economic recovery, we as His Church, need to deeply and sincerely repent of the worship of Mammon and greed that has caused us to kiss the Dragon, rather than to kiss the Son.

Then we can pray for our nations, that our leaders will come into the healthy fear of the Lord, pay homage to Yeshua (Jesus), and “kiss the Son with trembling”:

“Therefore, you kings, be wise; be warned, you judges of the earth. Serve Adonai with fear; Rejoice, but with trembling. Kiss his son, lest he be angry and you perish along the way, When suddenly his anger blazes. How blessed are all who take refuge in him.” – Psalms 2:10-12 [CJB]

In the 2016 visions of shakings, I understood that out of these shakings would come major Harvest. When these evil systems collapse, great things will come.

Let us pray not only for individuals in this Harvest, but let us claim nations for His inheritance.